" And that those who have been given knowledge may know that it is the truth from your Lord, so that they may believe therein and their hearts may submit humbly unto Him. And indeed Allaah verily will guide those who believe, unto the straight path. " (Surah Al-Hajj :54). 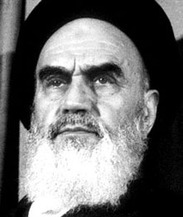 "Today, world peace is such that all countries are under the political influence of the superpowers; they observe a control everywhere and have schemes for defeating every group. The most important of these is sowing discord among brothers. Muslims should be awake, Muslims should be alert that if a dispute takes place among Sunni and Shi'ite brothers, it is harmful to all of us, it is harmful to all Muslims. Those who want to sow discord are neither Sunni nor Shi'ite, they are agents of the superpowers and work for them.

Those who attempt to cause discord among our Sunni and Shi'ite brothers are people who conspire for the enemies of Islam and want the enemies of Islam to triumph over Muslims. They are the supporters of America and some are supporters of the Soviet Union. I hope that through considering this Islamic precept - that all Muslims are brothers - all Islamic countries will triumph against the superpowers and succeed in actualizing all Islamic ordinances.


Muslims are brothers and will not be segregated by the pseudo-propaganda sponsored by corrupt elements. The source of this matter - that Shi'ites should be on one side and Sunni on the other - is on the one hand ignorance and on the other hand propaganda of the foreigners.

If Islamic brotherhood comes to the fore among Islamic countries, such will become a great power which none of the global powers will be able to cope with.

Shi'ites and Sunnis brothers should avoid every kind of dispute. Today, discord among us will only benefit those who follow neither Shi'ia nor Sunni. They neither want this nor that to exist, and know the way to sow dispute between you and us. We must pay attention that we are all Muslims and we all believe in the Qur'an; we all belive in Tawheed and must work to serve the Qur'an and Tawheed." 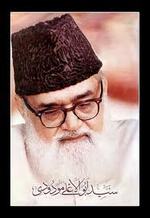 Mawlana Abu Ala Maududi issued a fatwa (religious edict) that reflected both his and Jama’at al-Islami’s position on the Islamic Revolution. It was published in the August 29, 1979, edition of Cairo’s al-Da’wa magazine: “The revolution of Khomeini is an Islamic Revolution, the participants of which are Islamic groups and youths tutored by the Islamic movements. All Muslims in general and the Islamic movements in particular must support this revolution and cooperate with it in all respects.”

Imam Khomeini himself stated (in response to a question raised about the foundations of the Revolution): “The reason for making Muslims into Sunnis and Shi’ites does not exist today. Today we are all Muslims. This is an Islamic Revolution and we are all brothers in Islam.”