Honourable Mani Shankar Aiyar (Former Member of Parliment, Rajya Sabha) the Chief Guest of the event said that he got an opportunity to closely witness and feel the Islamic Revolution of Iran during his presence in Iraq during those days. He said"Ayatollah Khomeini ranks among the greatest revolutionaries known to world history. He ended Western domination over his country and restored to the Iranian people their authentic Islamic voice. On the foundations he laid, contemporary Iran is being restored to its due place in the comity of nations." Mr. Aiyar recalled his olden days and praised The Prince of Arcot, Nawab Mr.Mohammed Abdul Ali Azim Jah who was also present at the event.

The Guest of Honour was His Excellency Hassan Nourain (Counsul General, Islamic Republic of Iran (Hyderabad, India) lauded the contribution of the Imam Khomeini & said "He is a beacon of light for independent nations who don’t want to be aligned with any specific block & today he is looked up & emulated across the globe more than ever before. He indeed remains the role model for Islamic leadership in the contemporary world, & the central thinking of Imam Khomeini was the unity of sects of Muslims."

Hujjatul Islam Moulana Ghulam Mohammed Mehdi Khan Sahib Qibla (Chief Shia Khazi Govt of Tamil Nadu) who was the host of the program said “We are delighted today to have amongst us such august personalities speaking about Imam Khomeini. We have been commemorating Remembering Imam Khomeini since the year Imam Khomeini passed away. It was indeed a great pleasure hosting this program today evening and we look forward to having similar great luminaries being a part of Remembering Imam Khomeini in the years to come.”

Remembering Imam Khomeini program witnessed a very large gathering of men and women actively attending. There were a large number of young audience especially students and youth who had turned up to listen to such high profile speakers. The audience was eager to know more about the life of Ayatullah Khomeini and understand his personality.
Institute of Dialouge with Cultures and Religions, Markaz e Faiz e Islam, & Islamic Forum for the Promotion of Moderate Thought organised an Inter Faith discussion "International Brotherhood" which was held on the same day (3rd June 2016) during the evening hours i.e 4pm at IDCR, Loyola College, Chennai. During this event Rev Dr. Michael Amaladoss SJ (Director IDCR), Hujjatul Islam wal Muslimeen Al Haj Seyed Ali Ghazi Askar (Representative to the Supreme Leader of Islamic Republic of Iran for Haj and Pilgrimage Organisation), Swami Shrihariprasad (Managing Trustee, Sri Vishnu Mohan Foundation, Chennai) adressed the gathering during which all of them spoke upon the similarities between Islam, Hinduism and Christianity, they all emphasised on the unity amongst all religions and putting humanity first and religion next. During this Event His Excellency Hassan Nourain (Counsul General, Islamic Republic of Iran (Hyderabad, India) marked his presence along with Hujjatul Islam Moulana Ghulam Mohammed Mehdi Khan Sahib Qibla (Chief Shia Khazi Govt of Tamil Nadu).
​During this event Chennai Shia Youth Association (CSYA) had organised a ​Free Islamic Book Stall and distributed Hundreds of Islamic Books (English/Urdu/Tamil) and Islamic CDs to the people present at the event.

The program was called Rouhamaa O Baynahum which means “Merciful among Themselves”  has been taken from the holy Quran, Chapter 48 Al-Fath, verse 29 and that this is divine command from Allah and his Holy Prophet and his holy Progeny.

All the speakers clearly spoke about the necessity for the Muslims to be united and weaken the enemy. While, the Chief Guest spoke about the past and how we should take lessons from history and move together forward. Moulana Ghulam Mohammed Mehdi said that for past 36 years the Islamic republic of Iran has played a pivotal role in bringing Sunnis and Shias closer to one another and will continue to do so. Moulana Zaki Baqri gave solutions that are needed to be implemented to promote Unity in day to day life of a Muslim.

Mr. Faiz Ur Rehman, Moulana Hayaath Naqvi and Moulana Khaliq Nadavi all highlighted that the issue of Muslim unity is a command from Allah himself and needs to be adhered to without any doubts.

Protest against Killing of Shias in Pakistan 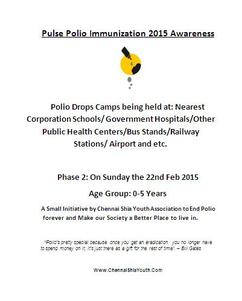 Youtube video links of the seminar 'Importance of Business in Islam'

The below are the Youtube video links of this event:

Protest against the anti-Islamic film in Chennai 17th Sep 2012

CHENNAI: Protests were held against the anti-Islamic film 'Innocence of Muslims' in Chennai by all Muslim Organisations from 14th Sep to 18th Sep 2012. The US consulate in Chennai has suspended visa processing until Wednesday following the decision of more than 20 Muslim groups to hold more rallies. The consulate also asked US citizens in the TN capital to exercise caution and follow local media for updates.


The Movie has hurt the Islamic sentiments of the Muslims world. On 17th September Shia Muslims from all over Tamil Nadu gathered in Royapettah and marched towards the US consulate, however they were stopped by the police officials at the Royapettah Signal. 100 Shia Muslims protested on Sardar Jung Road. They were arrested and released later, said a police source.


According to a newspaper report, Chief Shia Khazi Govt of Tamil Nadu Maulana Ghulam Mohammed Mehdi Khan said strong anti-Islam sentiments were sweeping across the globe and the recent controversial film made in the US, which led to a huge uproar, fuel such phobia all the more.


Talking to Times Of India (TOI), the Chief Shia Khazi said there was a pattern in the attacks on Islam, starting with Salman Rushdie's book, followed in subsequent years by a Danish cartoonist's depiction of the Prophet and now this movie. Asked why Islamists should target the US and its President Obama over a film made by an individual American, the Khazi said, "Every country has a censor board and it's not possible that the movie was not cleared by the American censor authority. I am sure President Obama could have exercised control through his country's censor board to stop the release of the movie." 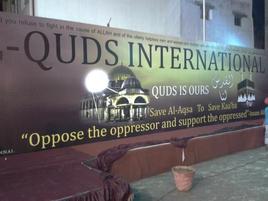 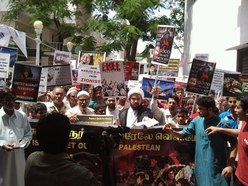 Al-Quds Day Rally 2012 in Chennai, India
CHENNAI: Al Quds Day Rally was taken out held on 17th August 2012 at 1.30 pm after Namaaz e Juma from Thousand Lights Mosque, Chennai and would returned to the same place.  People raised their voices in favor of the oppressed Palestinians and oppressed Muslims of Myanmar.

All Muslim brothers and sisters from all over Chennai thronged to this venue and joined the procession for the sake of saving the humanity which is being crushed by the zionist regime.

CHENNAI: Memorial services in commemoration of the founder of the Islamic Republic of Iran, Ayatullah Syed Ruhullah Al-Khomeini Al-Moosawi (ra), who departed the material world on June 3, 1989, were held across the country. Among which one was held in Thousand Lights Mosque which is located in the heart of the Chennai City. The name of the programme was 'Yaad e Khomeini' and it was organised by Ruhollah Association, Chennai and Markaz e Faiz e Islam, Chennai. 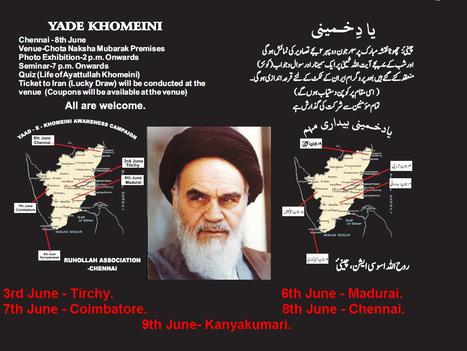